New perspective on the Amazon/Whole Foods acquisition
If you’ve been in or around the grocery business for any length of time, you’ve no doubt seen how there is mass hysteria every time there’s a perceived new threat to share and margins. The latest threat is Amazon’s purchase of Whole Foods.  Everyone panics, many 100+ page decks are sat through, some come up with a response plan that others will then copy, then pretty quickly everyone goes back to worrying about next week’s lead features and inevitably, the next threat on the horizon.
I actually thought the Amazon acquisition of Whole Foods would just be another in a long line of this. But a recent trip there completely changed my perspective. It IS a big deal. Let me explain.
It’s kind of like bringing the frog to a boil slowly—over decades.  The competitive water for food retailers keeps slowly getting hotter and hotter. I mean, there was a time when Walmart didn’t sell food, remember? But as time rolls on, fragmentation gets pretty normalized and shrinkage feels inevitable.
The Wild Oats Parallel. For a number of reasons, I figured the category-stock-crushing Amazon/ Whole Foods merger would be kind of the same thing. The valuation sky was falling for everyone in the sector for no real good reason. There weren’t really enough Whole Foods brick and mortar locations to be able to crush enough competitors to warrant the plunge in market caps caused by the mere announcement of the deal. I was on the board of Wild Oats when we sold it to WFMI over a decade ago and even then, the FTC tried to block the deal because of competitive concerns. Really? There were a few hundred Wild Oats stores spread across the whole country, one or two per DMA. Even though it was the second largest Natural grocer by number of doors, the market share was measured in basis points. The FTC eventually bought this line of thinking and allowed the deal to close.
I had the same sort of attitude about this combination. Sure it would be a great addition for Amazon, and the company’s market value went up enough to cover the entire purchase price ON THE DAY THE TRANSACTION WAS ANNOUNCED! OMG-Whole Foods was FREE, essentially. But honestly, how bad could it be for the rest of the grocery universe? What was it? 2% of total market share?
I guess I forgot how brilliant and insidious Amazon can be.
This Just In—“Whole Paycheck” Is Officially Dead. It took a few months, but now the combined companies have hit a stride, especially when it comes to value. In fact, if you are an Amazon Prime member, you could honestly proclaim that Whole Paycheck is indeed dead. Long live reasonably priced natural and organics? Who would have even thought? 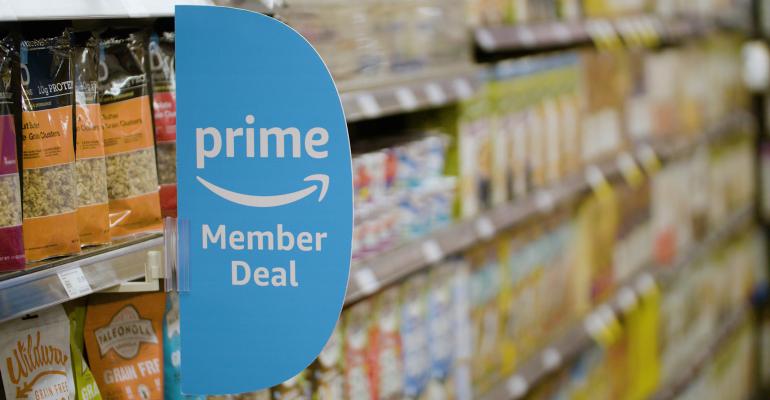 Not every customer cares. Even with its overwhelming volume advantage, Walmart hasn’t done much to lower the pricing on organics for everyone else. Relatively speaking, their customers just aren’t that interested at this point. But it would seem to me that Prime Members probably way over-index on natural/organic. And if they have been annoyed and insulted by Whole Foods pricing for years, it only takes one walk through the store to see that there are significant changes in value-IF you’re a Prime customer. Oh, you’re not a Prime customer? You can sign up instantly, say the in-store signs. Now you begin to see how well this is going to work. An additional 10% off on sale items, 20% off bulk, all kinds of other in-store offers AND free delivery in 2 hours or less. Ultimately, you can now get out of there for about HALF your paycheck.
So who should be worried? Every store serving an upscale, educated customer—whether there’s a Whole Foods in the local trade area or not. Amazon has eliminated the whole idea of a geographically defined trade area. So the incredible ease of use of Amazon along with their flawless execution is going to be very magnetic for that customer—add to that the fact that they’re already used to going to Amazon for just about everything and you now have a formidable competitor that blankets your trade areas, even if you can’t see them sitting on the opposite corner.
Who should be a little less worried? Price impact and value players. It’s one of those hierarchy of needs kind of things—if people don’t have the disposable income to be Prime members, then they probably still won’t look at Whole Foods as an option.
The customer who is at risk. But here’s something interesting: At Wild Oats, we had a big block of customers who were ardently organic. They were very conscious of everything they ate and tended to spend a larger share of their disposable income on food. At the middle-lower end of the income spectrum, this is a customer who is going to stretch into a Prime membership, just to be able to shop for organics. I’m guessing this is prime territory for many Millennials, that group we’re sick of talking about, but who will represent the biggest single customer cohort for food retailers momentarily, if they aren’t already.
A Whole (Foods) New Demo? As a matter of fact, this was one of the most striking things about my recent visit. The store I was in is at ground zero of one of the highest income zip codes in the country. If you get hit by a Range Rover on the way in, don’t worry, there are three buildings full of qualified plastic surgeons right across the street. But on this visit, it was clear to me that a whole new group of customers was wandering around inside. Yes, it was those Wild Oats kind of customers. The ones who tend to spend more of their income on food and were happy to finally be able to afford shopping at Whole Foods. 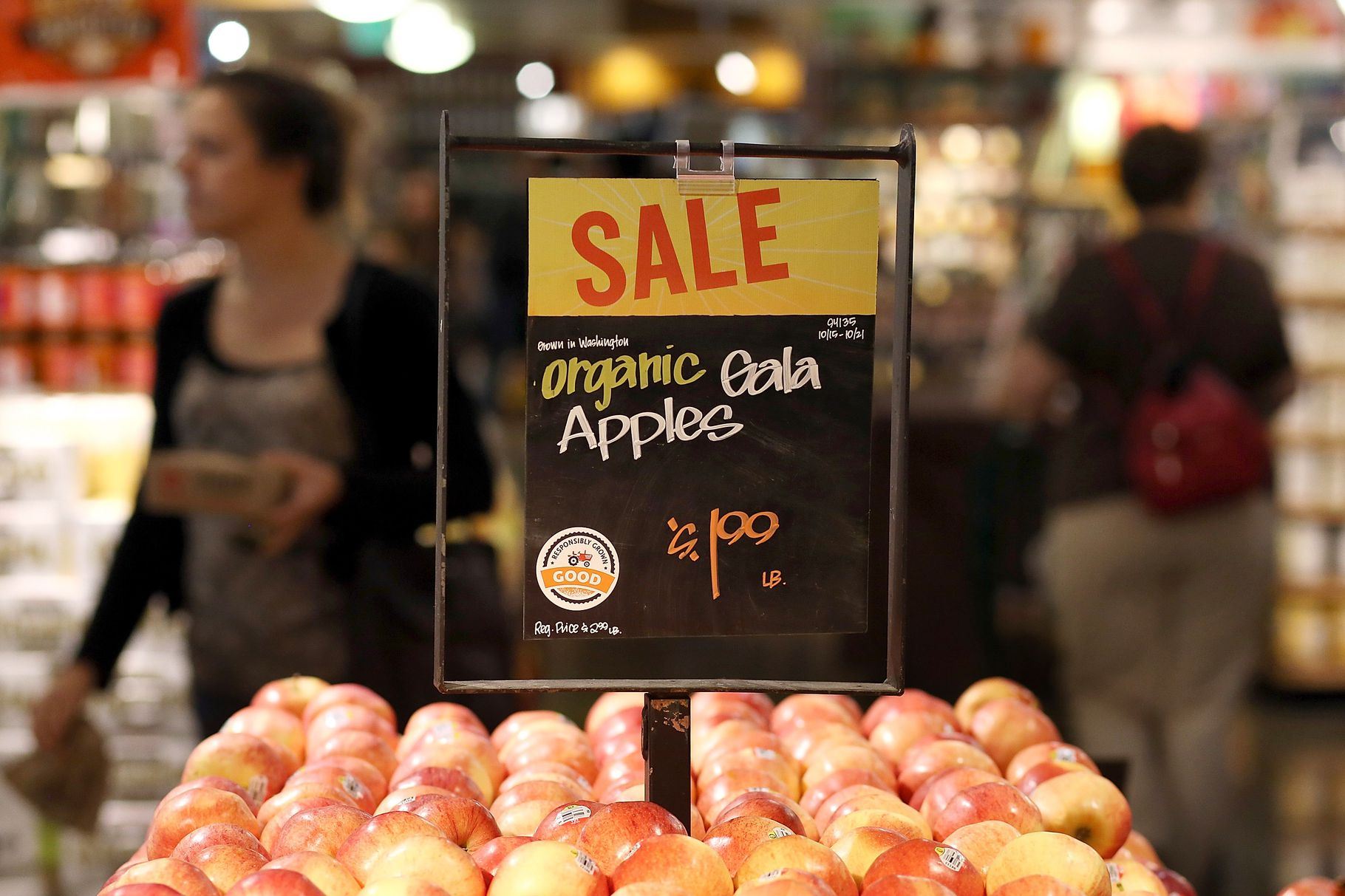 People Are Talking. Of late, people in our circle of friends are starting to talk about what’s going on at Whole Foods. They seem especially enamored with the automated pick up boxes that you can use to get Amazon stuff even faster and return things even cheaper. Whole Foods has gone from that way overpriced, mostly organic store to something much more interesting, much bigger in consumer’s minds. I never would have guessed it, but Amazon is causing people to look at Whole Foods in a whole new way.
So I take that whole “whatever” attitude I had back.
It’s time for a new “net promoter” question. In fact, I would suggest that when you’re doing customer research, you might want to add another question right after that “would you recommend to a friend” net promoter exercise. Ask if they are currently Amazon Prime members.
That may help you better predict the future.
Not surprisingly, we’ve got some thoughts on how to navigate all this.
Feel free to say no, but if it’s of interest, we’d love to share them with you.
You can see how we’ve worked with food retailers right here.