JP (John Parenti) began collaborating with HEILBrice in 1995 by recording and producing radio commercials for a large roster of their clients. Soon after, he moved his full recording studio into the offices of HEILBrice to facilitate a seamless relationship, flexibility and very fast turnaround times.

Tell us a little more about yourself and what you do at HEILBrice.

I’m married to the lovely Joni Parenti, HEILBrice’s creative director. I have one daughter and three grandchildren and I’m the proud owner of a high-maintenance Australian Shepherd named Coco. Some of my responsibilities include composing custom music for ad campaigns, designing sound effects for TV commercials and sweetening and optimizing the audio tracks for television. The number of radio spots created is in the high thousands, and the number of TV spots sweetened is in the high hundreds.

What type of experience do you have in the music industry?

On the side, I’ve traveled between Las Vegas, Los Angeles and Nashville working as a professional studio musician playing the drums and percussion on many successful records and advertising jingles. I’m also a record producer, where I’ve worked alongside approximately 70 artists from Southern California. I’ve produced and co-written hundreds of songs for several albums and recording artists and I’ve toured North America playing drums in live concerts with a contemporary Christian music band as well.

What were some of the accomplishments that you achieved while working in the music business?

In 1986, I composed a song, “When God Ran” for artist Benny Hester. The song rose to number one in the national Christian charts and remained there for 13 weeks … making it the longest-lasting number-one song in the history of contemporary Christian radio. At that time, I also wrote two other songs that also hit number one nationally in their respective charts.

It sounds like you’ve accomplished a lot! Are you working on any other side projects besides at HEILBrice?

Yes, I do the research and written communications for the Andre Agassi Foundation for Education. I compose PR statements, Foundation-related letters and other correspondence. I write public speeches such as award- acceptance speeches, scripts for videos, and consult the principals on public appearances. I compose a regular blog and co-write posts for Andre Agassi’s Facebook and Twitter pages.

That sounds great! Do you enjoy public speaking yourself?

I used to be on the radio so public speaking comes naturally to me. I was the on-air daily morning drive time personality and a DJ for radio station KILA in Las Vegas, a 100,000-watt FM station. I also hosted a Sunday morning radio show under the name Johnny Williams for the country station, KRAM Las Vegas.

What other interesting jobs and accomplishments did you have while you were living in Vegas?

I was actually a pastor of a nondenominational church numbering about 7,000 people in weekly attendance. I oversaw a staff of seven pastors, 45 employees and over 100 church elders. During this period, I founded the International Christian Institute, a fully licensed state college in Las Vegas. I worked with the Department of Education in Carson City to obtain the fourth state college license granted in Nevada, behind UNLV and UNR (University of Nevada, Las Vegas and University of Nevada, Reno). I was in charge of the 33-member teaching staff and taught two courses each semester as a bible teacher. I co-hosted a syndicated weekly radio show from 1984-87 called the “Road To Emmaus” and promoted and hosted live concerts and events which consisted of contemporary Christian artists and bands. Last, but not least, at this time I led tours to Israel and the Middle East and co-created a large Christian retail book and music outlet alongside an in-house travel agency. 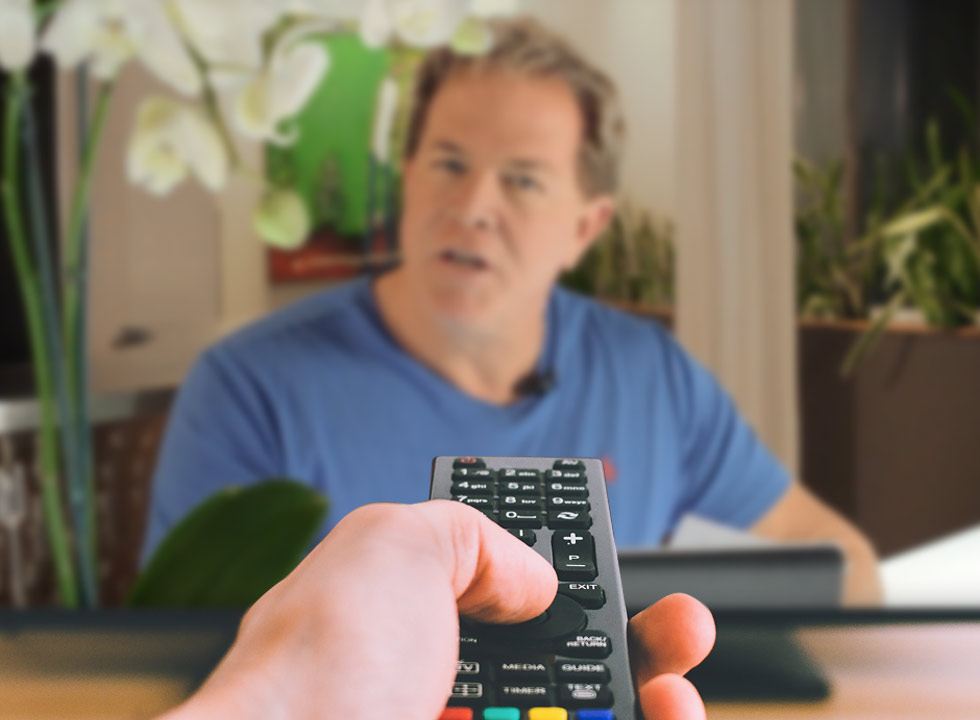 How To Be A Nielsen Family