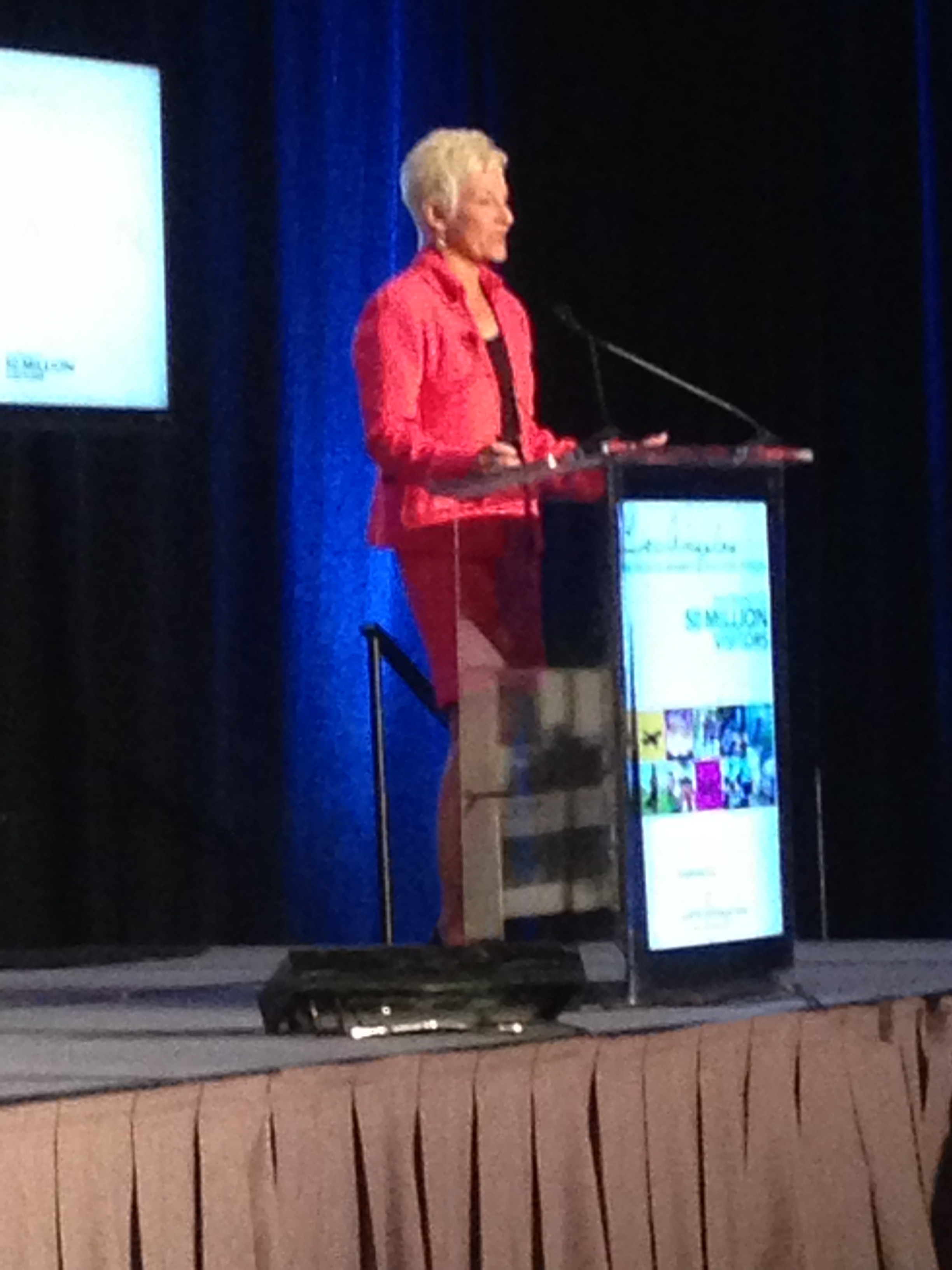 Brand USA spends about $200 million dollars a year promoting the United States.
It’s an unusual organization that collects money from partners like state and local tourism boards and other travel dependent organizations like Marriott and then uses that money to help fund tourism efforts around the world.  It’s really a co-op.

After 9/11, the loss of tourism had an enormous impact on the economy.  We are still fighting our way back from it.  We’re making great progress in the last few years, but we have a lot of competition that’s new:  China, Australia, Brazil, France and Spain spend significant amounts of money to steal visitors away.

Top three reason for any person picking a destination around the world.
Brand USA has four experience pillars

Digital advertising is really working internationally.  Japan, the UK and Canada are the first markets.

Research shows that Positive messages that are gaining rapidly.
Engagement on social media is five times the industry average.  Most importantly, there’s been a double digit increase in “intent to visit” which is an indicator of future growth.

Brand USA is currently adding markets starting with China and will be reaching 85% of the inbound travelers by 2015.

Interestingly, Brand USA is testing a sports and entertainment partnership.  First up is ESPN.  They also did a venture with Major League Baseball to promote the World Baseball Championship, which was a huge hit in China.

•  In Britain, they launched an on-line training program for travel professionals, which turned about to be very effective for agents.

•  Also in May, Brand USA sponsored a MEGAFAM, a familiarization tour for 100 agents from Britain who went out to various markets and then all met in Miami to debrief each other.

•  Los Angeles is now a Founding Partner of Brand USA and will be participating in international advertising and Trade events.