The Suit Heard ‘Round The World

In a word? Unstoppable.

In a suit? Notorious.

Those are the words that come to mind when describing Conor McGregor, the reigning UFC Lightweight Champion and former UFC Featherweight Champion. McGregor was born in Crumlin, Dublin and began boxing when he was just 12 years old. His professional career began shortly after at age 18 with his first mixed martial arts debut, where he was victorious in a TKO. Today, this 29 year old 155 pound professional boxer is the biggest pay-per view draw in MMA history.

And outside the ring, he dominates every room he walks into with the help of David August.

David August has crafted the finest custom men’s wardrobes in the world since 1989. Led by Founder, Creative Director, and CEO David August Heil, the team provides high quality wardrobes for the leaders of business, sports and entertainment. Clients come to David August because they know that David will make them look better than they’ve ever looked in clothes before. They come because David August keeps them on the forward edge of fashion; that clothing from David August will never look dated, out of style or behind trend.

David August Heil forged the company’s position in the industry from his unparalleled, almost fanatical attention to detail. He is a Southern California native who has grown from a boy who insisted on ironing his t-shirts before school to a man of style regarded for his signature clean, modern, tailored lines and a commitment to unparalleled quality.  Their product is built of wool and cotton and leather, but their real deliverable is the confidence and power their clients feel when they wear David August.

Heil was first introduced to McGregor by his other long standing clients, UFC CEO Lorenzo Fertitta and UFC President Dana White. For the past few years, David August has created custom suits for a variety of McGregor’s events and appearances. Recently, they designed McGregor’s entire wardrobe for the #MAYMACWORLDTOUR.

The result? We’ll let the picture spell it out for you: 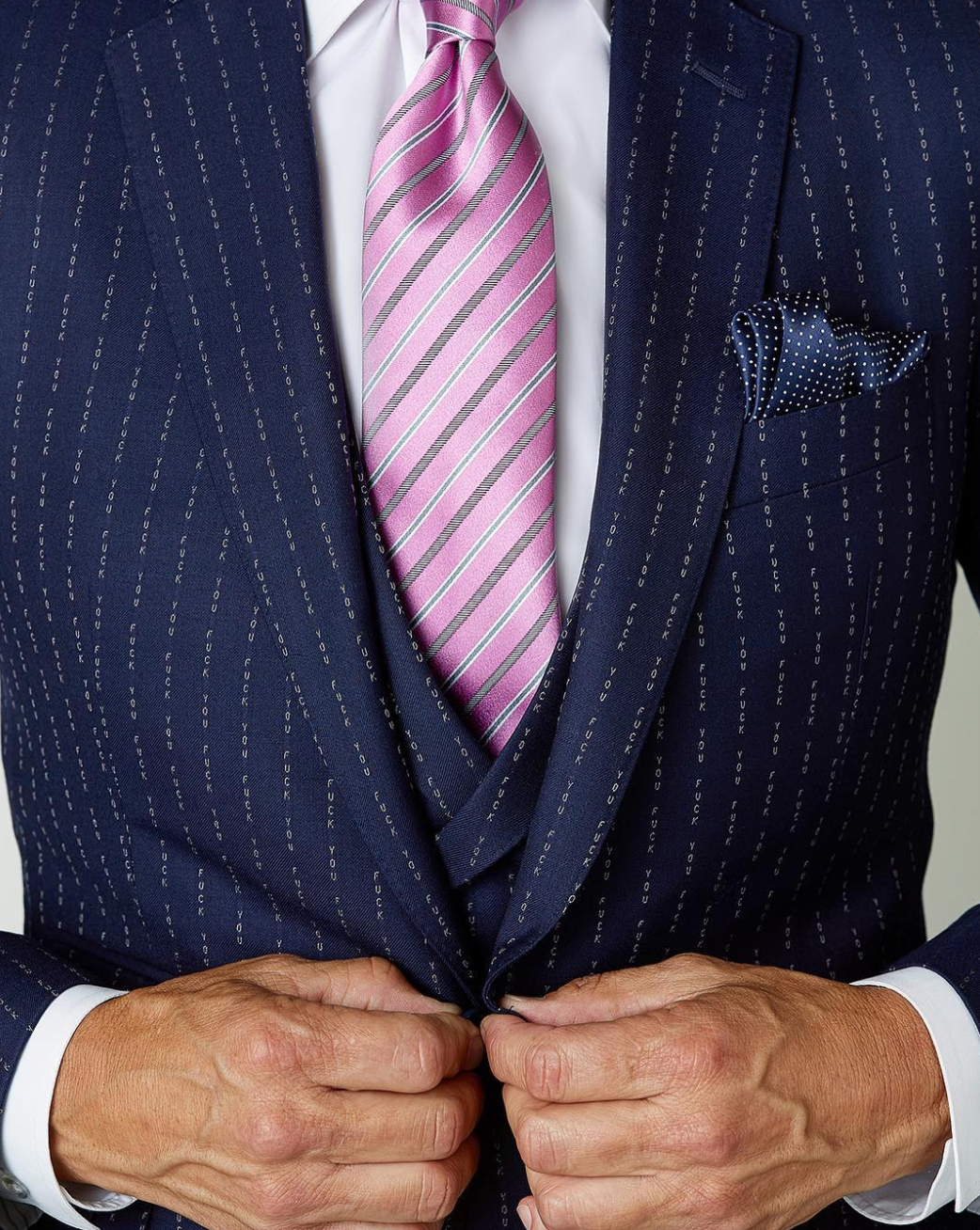 “I wanted to do something irreverent that brought out the ‘notorious’ in Conor,” said Heil.

HEILBrice has worked closely with David August and has built a lasting relationship with the company. Together, HEILBrice has created a website, both digital and print media campaigns, and has developed the brand’s identity. From concept to execution, HEILBrice continuously creates new ways to bring out the stunning, unique quality of David August while maintaining a timeless and classic edge.

This trifecta between Conor McGregor, David August, and HEILBrice brings home the gold every time. We’re looking forward to future collaborations with David August and are excited for more powerful photos like this to come. Below, Conor McGregor is featured on a David August ad for Worth Magazine created by HEILBrice. 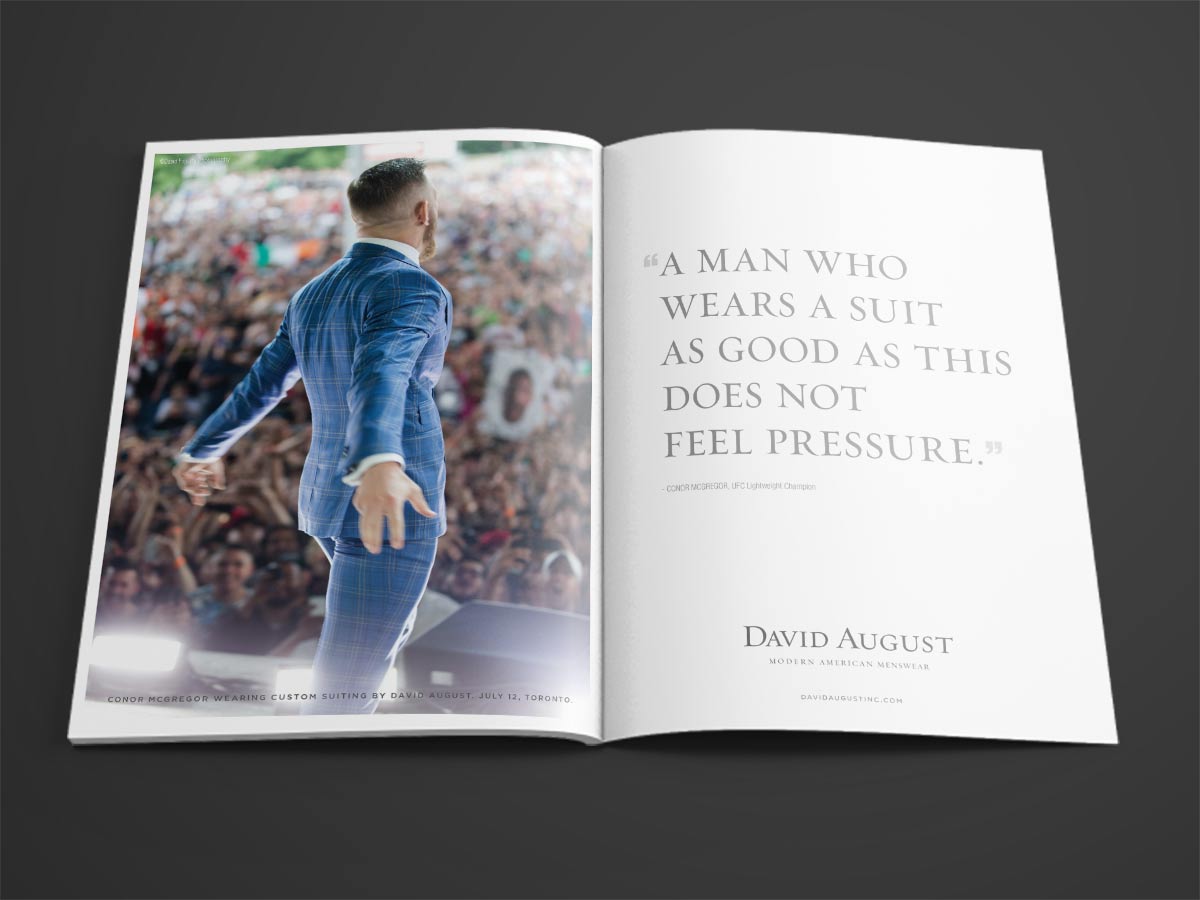