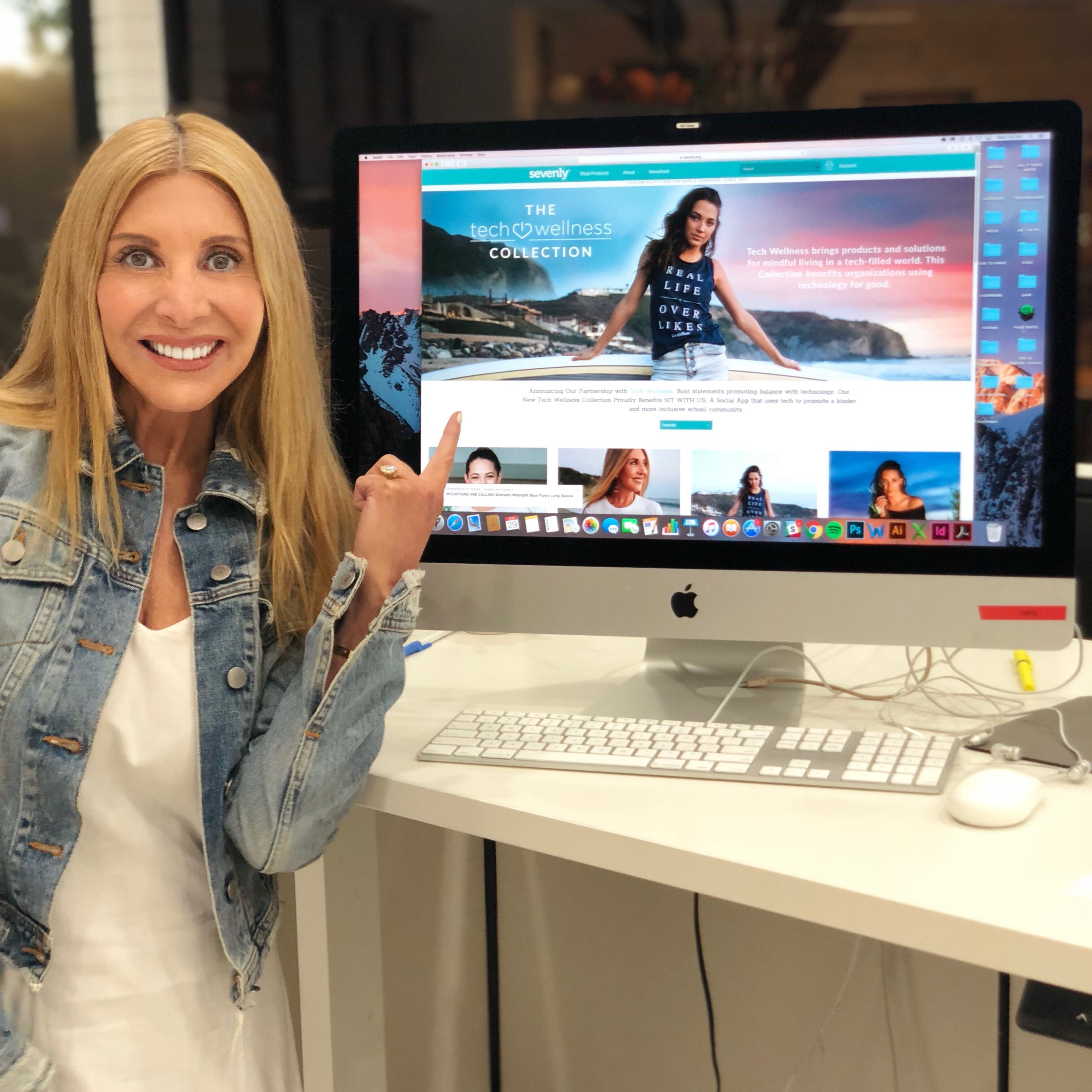 If, like a lot of us, you’re starting to wonder if maybe this whole immersive technology thing is getting a bit out of control; if you are wondering why your stock tracking app needs to know your location; if you’ve been identity hacked at least twice; If you’re just talking about something and suddenly ads for that something start following you everywhere; If you think your teen is addicted to their screen; if you get a buzzing in your head when you put your smartphone up next to it, then August Brice has created a site just for you.

Tech Wellness is a true passion project for my wife. It started over a dozen years ago when she started researching the issue of Rf radiation generated by cell phones. She knew they made her feel funny and caused all kinds of physical symptoms, but she didn’t know why. So as a trained journalist, she made it her mission to investigate not only EMF’s, but everything else that is causing our relationship with tech to get out of balance. She located some of the best experts on all subjects in the space and started collaborating with them. She has produced dozens and dozens of blog posts and over 60 videos on these subjects. She has a cool podcast, Thriving With Technology, and is more and more being regarded as an expert in this space.

Today, Tech Wellness traffic ranks in the top 1% of Shopify sites launched in the same month. She has gone from about 500 visitors at launch last April to about 35,000 this month. Of course, she still has a way to go to catch up with BuzzFeed, but watch out! Sadly, there are a few sites in her space that are click bait factories, pumping advertising out to sell people over-priced products that don’t work and “facts” that bear no semblance to the truth. August would never take that route. And here’s what’s amazing about her growth: She’s done very minimal advertising and she didn’t have the gift of a “big bang” publicity event. She did it with good, old-fashioned hard work. I have no idea what the percentage of growth from 500 to 35,000 is–and that is exactly why I’m in advertising. However, I can definitely share what I’ve seen her do with sheer hard work over the last months. These are steps you should take if you’re looking to launch the next big Unicorn:

• She publishes great content, and does it often. She is so intrigued by all the subjects that are part of the Tech Wellness purview, that she is constantly gathering information and talking to her team of experts about the latest news. And there is a lot of it. And people like it.

• The written content she publishes is easy to understand and well-researched. My sense is that people are finding her POV trustworthy. How do I get that sense? People are spending more time on-site and visiting more pages. She is trending high in the SERP for issues she cares about.

• The video content is really cool. I’ve been doing this for a while and I can tell you that August has a gift for communicating on-camera. She is just so good at it. Her YouTube channel is growing subscriptions and most of the videos are building healthy views just on their own.

• She understands her audience. It’s people like her. Women for the most part, likely to be Moms, but all concerned about the implications of technology in our lives. If you’re into the Enneagram, she is a six. She wants to tell people about things that she has concerns about. However, here’s the thing: None of her content is scary. It’s about taking small steps to lower your risks. No big deal. Just do these things. When she does get super fired up, it’s something that’s really bad. Her video about Facebook privacy and the whole “apps other use” debacle with Cambridge Analytica, was the first one to actually do the work to drill down to what the problem really was. She was definitely the first one to give instructions on how to turn the function off-it was buried where you’d never find it. In fact, she had published detailed instructions on how to remove those prying eyes of Facebook, months earlier, long before Mark Zuckerberg failed to mention apps others use before congress. We shot that video late one Friday night just as the story was breaking and we were getting home from an event. It was time to do it right now. She has the sense of urgency of a journalistic to get the news out.

• Understanding your audience part 2. Her site used to be called Safer Tech. Great name and no, you can’t buy that URL from her. However, it tended to not feel like a site that women were comfortable hanging out on and trusting. So out with safer tech, in with Tech Wellness. Female friendly design and content, built on a rock solid Shopify platform.

• August got DEEP into the details. If you’re building or managing or marketing a site today and you aren’t a wizard on SEO and all it’s ever-changing peculiarities and Google Search Console and all the insight that can bring, then you’re creating pretty strong headwinds to your growth. Many nights, I see August up late wearing her orange glasses, making sure her meta-tags are correct and her URL structures are perfect. Of course you can hire people to do this stuff, just like you can hire people to do your social, edit your videos, all the functions we have easy access to at the agency. BUT, as the ultimate responsible party, you should also really know what forces are moving behind the scenes and impacting the success of your site.

• If you’re going to sell something, or endorse something, make sure it’s the best you can get. August is constantly purchasing and testing products that she will then sell on the site. She wasn’t building the site to create an e-commerce giant per se, instead she was looking to share some of the products that she found to be the best. When she realized that Moms wanted to know more about how to get wifi-free games for their kids, she downloaded, researched and rated dozens of them. When she found a cool airtube headset that sounded great and didn’t transmit emfs up from your phone, she worked the manufacturer and made them even better.

Obviously, I’m proud of my wife. She has taken the subject matter knowledge she has and bootstrapped it into a meaningful online presence in such a short period of time. And of course, she is really hot. I mean come on. Seriously. But I’m sharing this not because I am trying to gratuitously promote her site-or get some extra credit for an upcoming date night. No, how dare you even think that. I’m doing the groundwork right now for a to-be-written case study for Harvard Business School on techniques for building a digital brand from the ground up. You’ve just read the Executive Summary. More to come.