THE LOGO IS OVER OUR

HEART FOR A REASON

CHALLENGE: The Clippers have long been the underdog, beneath the shadow of another franchise in their own arena. For 14 season HEILBrice is proud to have partnered with The Los Angeles Clippers creating new, custom campaigns for each and every season. We executed everything against the campaign, from tickets to television.

SOLUTION: No matter what the team on the floor was like, our job was to fill seats in Staples Center. And we did just that. Our retail understanding and tactical flexibility helped fill the arena 42 times per season, setting record numbers in attendance. The campaign we’re most proud of tapped into something bigger than that. Connecting the strong, emotional bond between a city, a team and it’s fans.

We set season ticket sales records and helped the team to a string of 142 sellouts. But something we're really proud of isn't really a marketing metric. The Clippers players, who typically didn't pay much attention to marketing, saw our campaign and asked that the manifesto be painted on the wall in the locker room of the Practice Facility. That made us proud to REPRESENT.

REPRESENT was a totally integrated effort.

Some of the most important touch points were inside Staples Center itself.  We had long complained that with its Lakers purple seats and Lakers championship banners hanging from the ceiling, it felt like the Clippers were just borrowing the venue for their games.

Clippers marketing agreed to allow us to change that. We created a custom series of banners that made it feel like a Clippers house, it allowed us to cover up those pesky championship banners with 100′ tall pictures of Clipper Players. 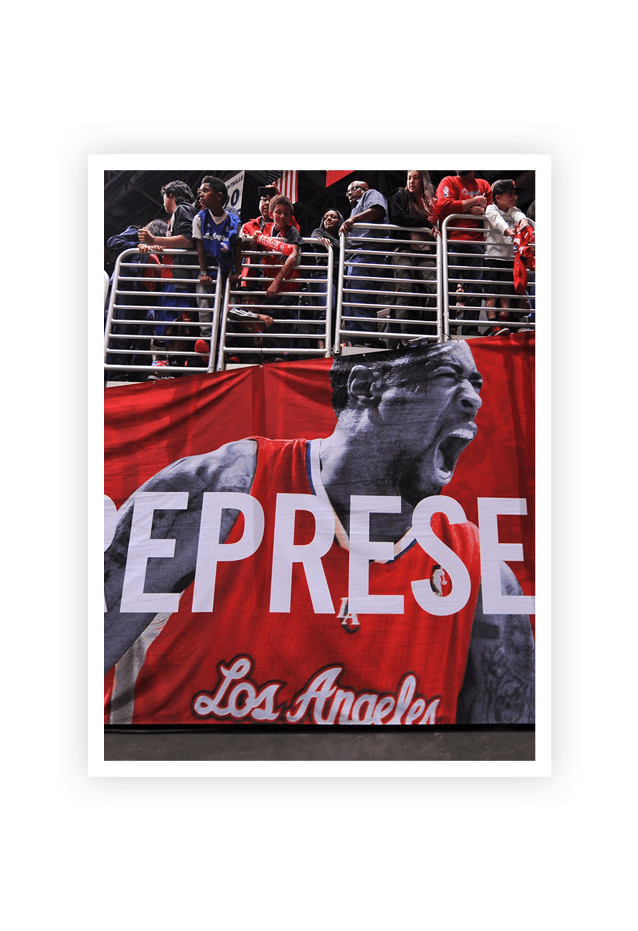 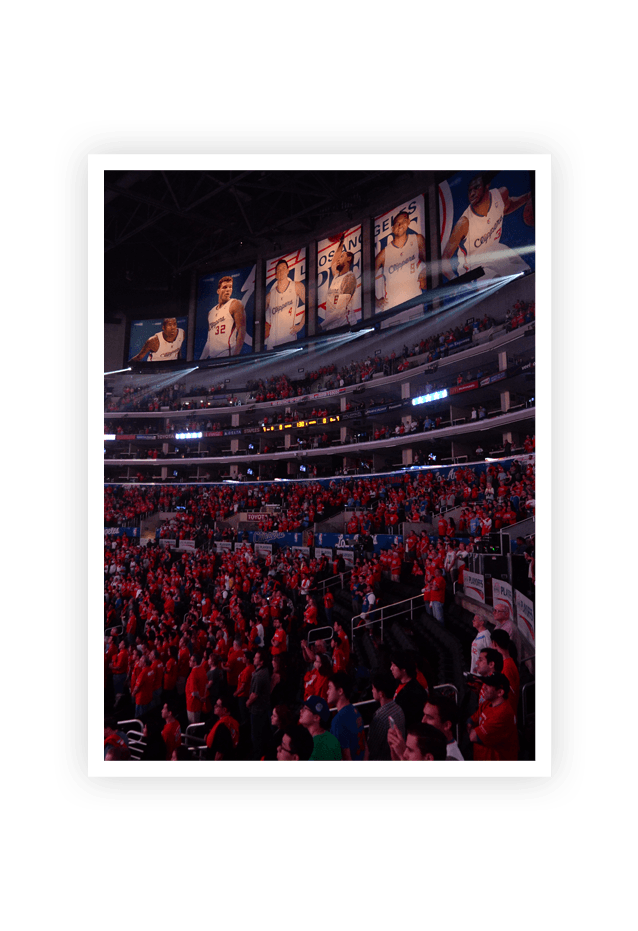 CONNECTING ON AN EMOTIONAL LEVEL

Finally, there was a new foundation in place that gave the team, management and fans confidence that The Clippers could contend. REPRESENT was designed to finally communicate pride, belonging and excitement; to connect for the first time in a long time on an emotional level with fans old and new. And of course, to increase demand and consumption. 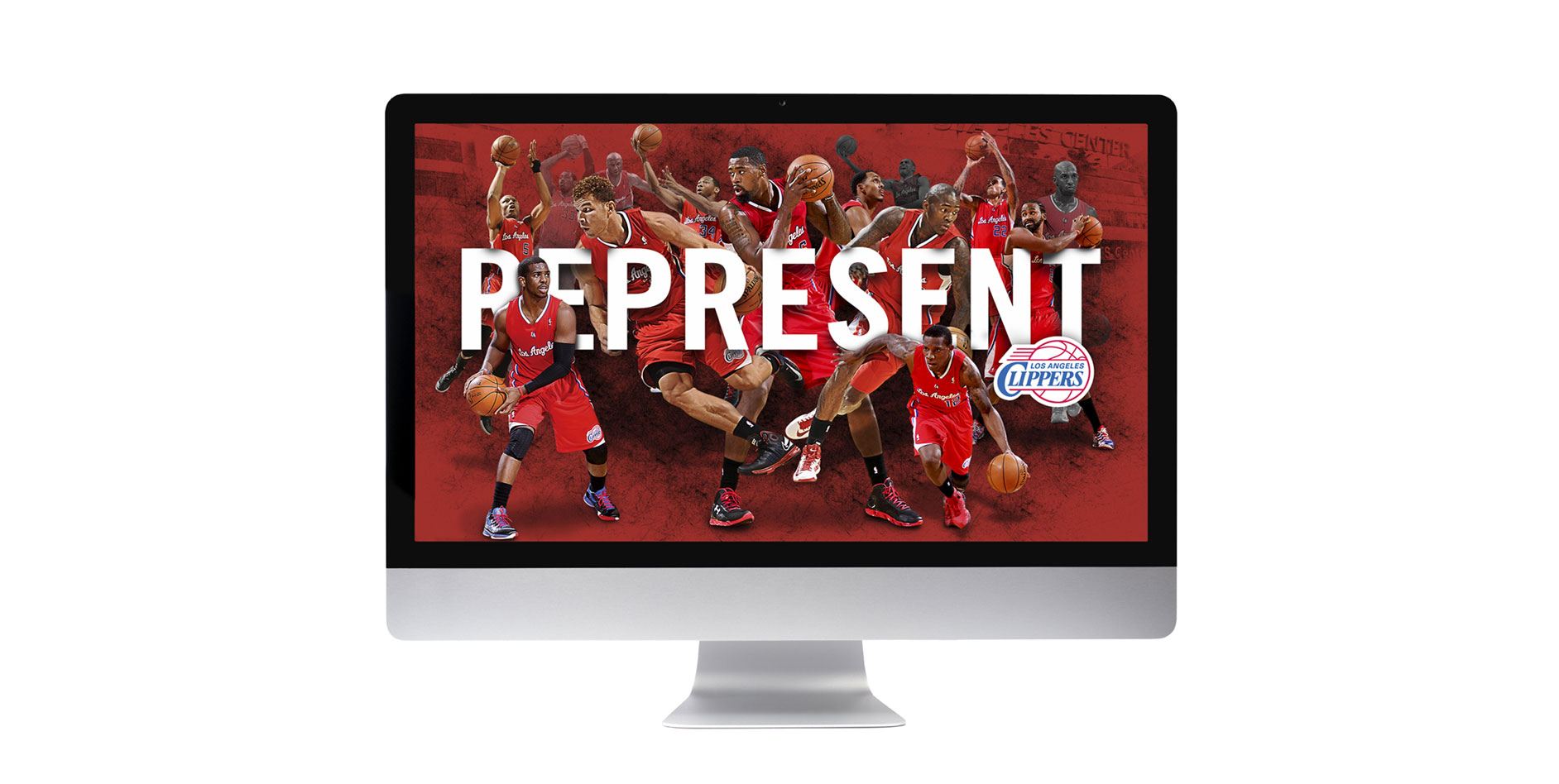 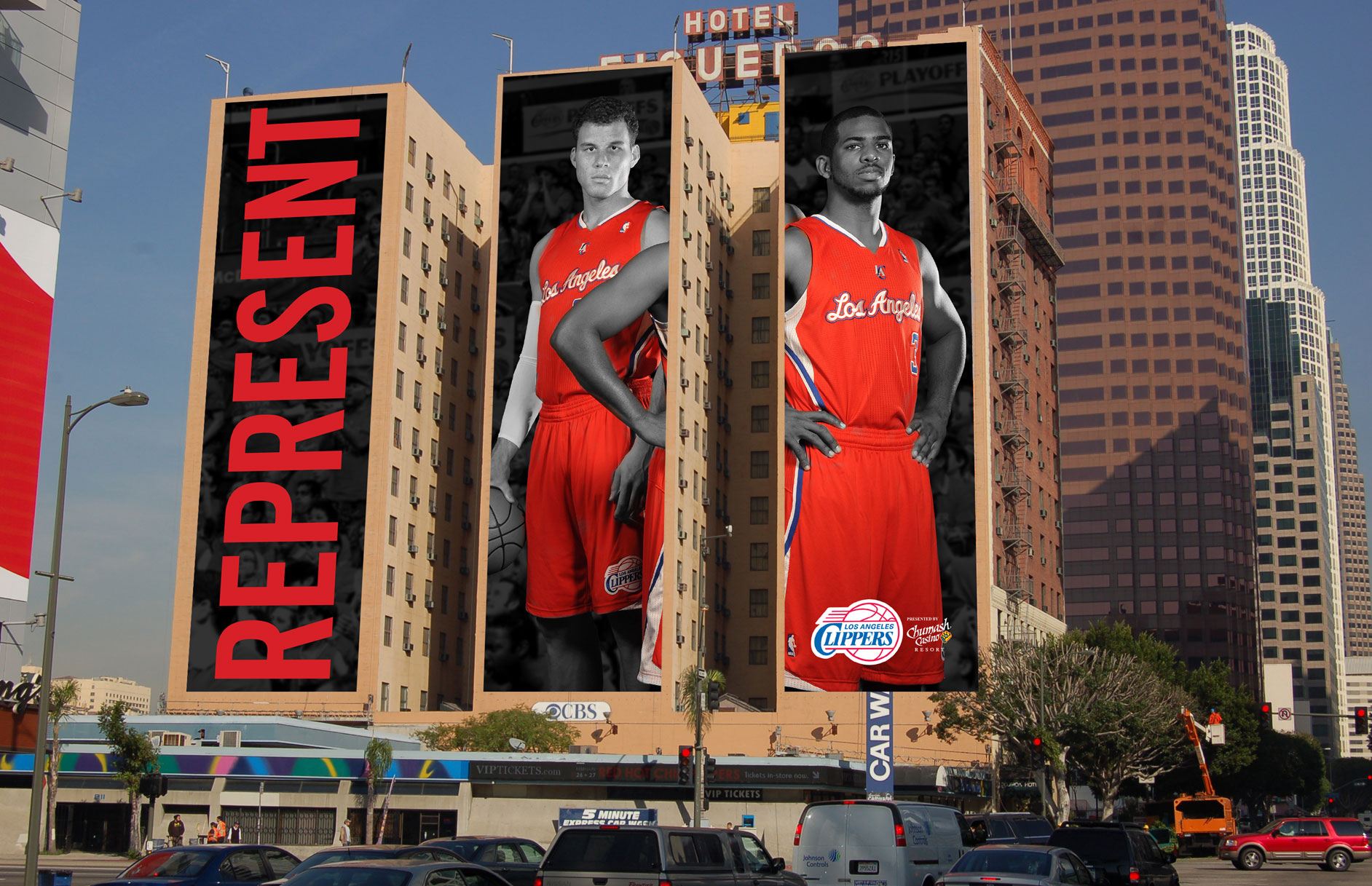 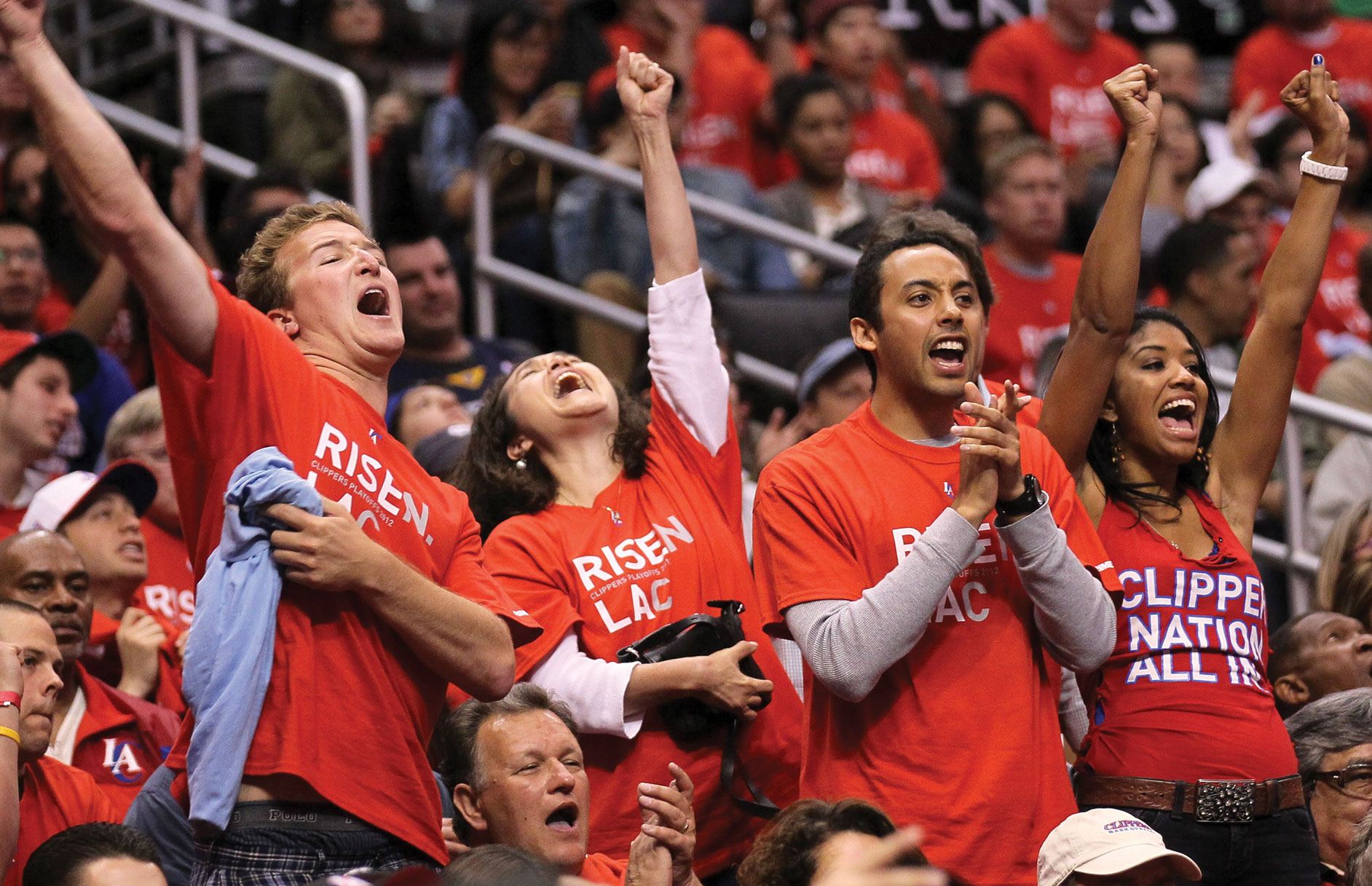 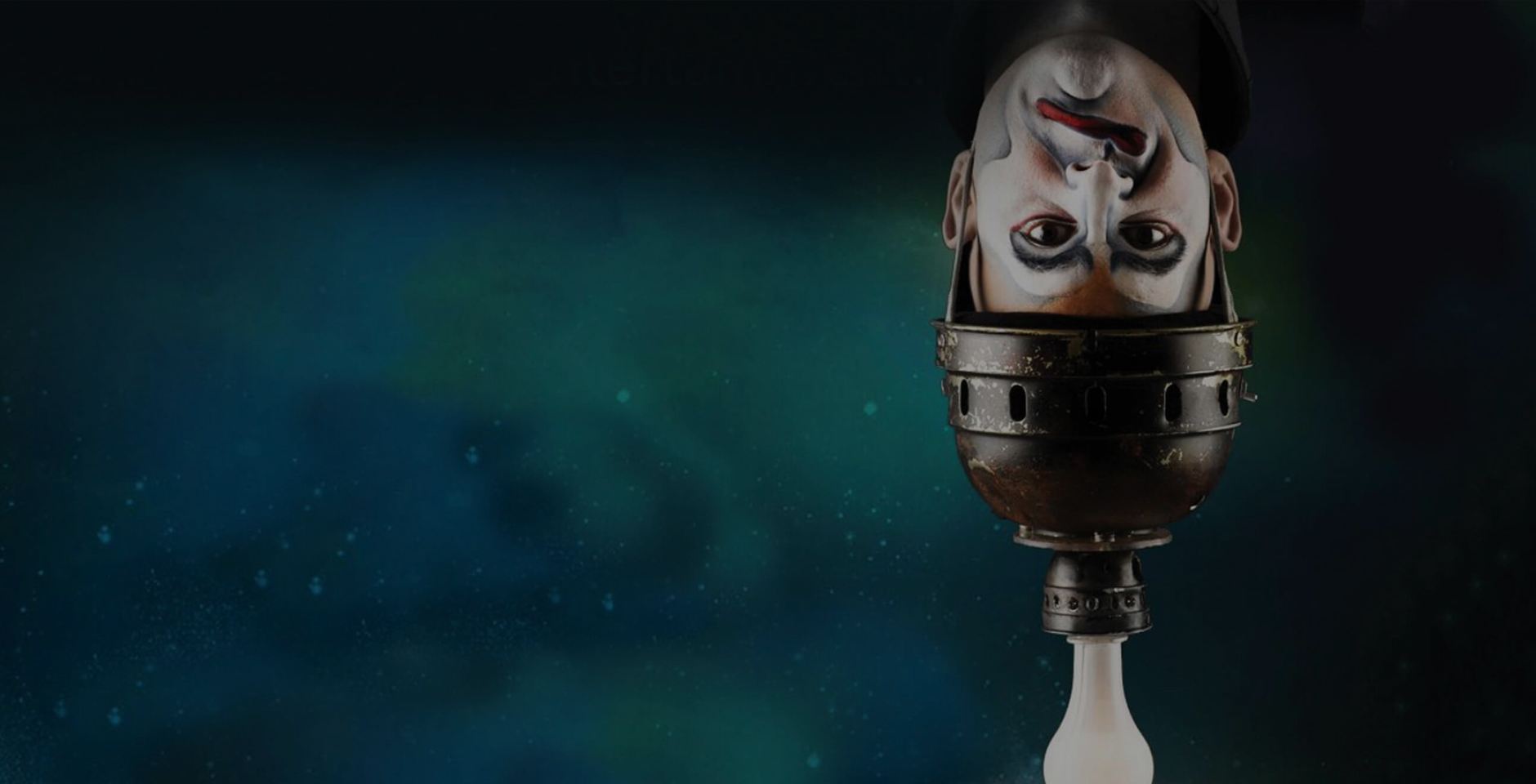